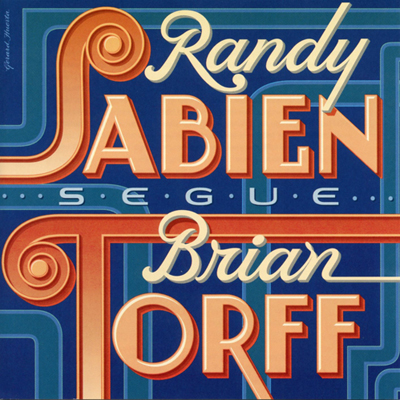 I saw Stephane Grappelli for the first time around 1975 at a small club in Chicago called Ratso's down on Lincoln Avenue. I was a student at the University of Illinois at the time and had just discovered this jazz violin legend as a result of talking to one of the fiddlers in Asleep at the Wheel during a break at a show at Ruby Gulch , a popular music joint just down the street from my house in Champaign, IL. Playing bass with Grappelli that night was a young man named Brian Torff. Not only did I begin a long friendship with my violin hero, but I also connected with Brian, a fellow Illinois native from Hinsdale, a Chicago suburb, and we saw each other often as I attended many Grappelli shows around the country over the next few years. Brian eventually left that group to play with George Shearing and I didn't see much of him until we ran into each other at the 2000 IAJE convention in New Orleans. Our friend and mentor had died in 1997 and over the course of reminiscing the idea emerged to form a tribute group that would replicate the unique instrumentation of Grappelli's band- two guitars, bass, and violin.

Well, we all have great ideas and good intentions but there was something about this one that resonated and inspired us so a little more than a year later we had booked our first "Tribute to Stephane Grappelli" shows in Amherst, WI February 2 and Madison, WI February 3, 2001. Joining us on guitars were Mike Dowling and Cliff Frederiksen. By that fall, we had landed a showcase for the Arts Midwest conference in Minneapolis in the beautiful Fitzgerald Theatre. This was one week after 9/11 and I remember picking Brian up at the Minneapolis airport which seemed like a ghost town. No one was flying anywhere. It was actually quite eerie.

We started developing a pool of guitarists for our gigs and ultimately we recorded an album with Dean Magraw (Twin Cities) and Don Linke (Milwaukee) on March 14, 2002 in Studio M at Minnesota Public Radio in downtown St. Paul. We played together live in a circle around some mikes for one day. We chose material that would tip our hats to the gypsy jazz sound made famous by Grappelli and his guitar partner, Django Reinhardt, but we also wanted to see what this particular instrumentation could do on more modern tunes including our own compositions.

"Minor Thing" - I wrote this with Mike Dowling when we recorded our Live at the Cafe Carpe album. We started out playing the classic Hot Club number "Minor Swing" but decided it had been covered by so many other groups we took a shot at writing our own tune based somewhat on the original. We put it first on "Segue" as the perfect launching pad with one foot in the past and the other trying something "new."

"Manhattan Hoedown" - a hot rod fiddle tune by Brian. He plays the melody on the bass with his bow which definitely puts him into the category of "amazing bassists." He recorded this with George Shearing but it seems made for violin and bass. I had to practice this one quite a bit to keep up with Brian.

"Anouman/Daphne" - a medley of two of our favorite Django compositions. Anouman is a gorgeous ballad and Daphne is a rip-roaring swing tune.

"Gypsy Medley" - three originals by David Grisman. Not only did he write these as the soundtrack for the movie "King of the Gypsies," but he assembled a band for the film that actually had Stephane Grappelli on violin. He recorded a live version of this with Grappelli at the Berklee College of Music while I was on the faculty there. I also appear on that record. You can hear me applauding from the 3rd row. (They edited out the part where I yelled "Free Bird!!!!!")

"J D Meets the Rhythm Section" - yet another recorded version of my tune. Just seeing what it would sound like in a Hot Club style band.

"Disco Dean" - I named this tune for Dean Magraw and turned him loose so he could get funky with his bad self. You should have seen him in the studio when we turned on the mirrored ball...

"The Sound of Fish Dreaming" - my title piece from the Crested Butte album with Brian playing bowed harmony on his bass with me.

"Starthrower" - this fusion tune by Brian really tests the possibilities of this instrumentation. Grappelli recorded an album with Jean Luc-Ponty but that included drums, electric guitar, and synthesizers. This style is quite a leap from the gypsy jazz sound of the 1930's.

"Subterranean Blues" - the "Hot Club" gets down and dirty on my primordial blues tune.

"Manatee Swing" - we close the record with Brian's blazing be-bop composition named after this unusual creature we saw on our trip to perform in Key Largo, FL.